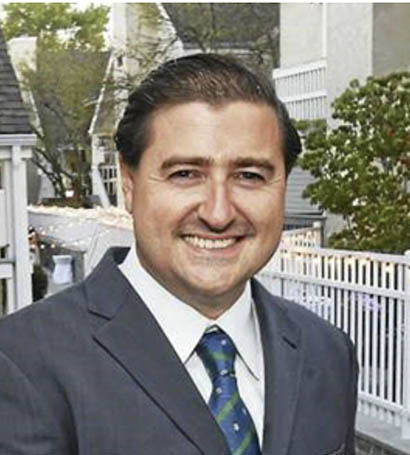 Juan M Salas-Romer
President & CEO, NHR Group
Founder of KNOWNJuan has more than 16 years of experience in the real estate and finance industry in CT. He has been a lender to and an owner of multi-family housing units, apartment buildings, commercial and hotel properties.

Between 2004 and 2007 Juan was a Director of Southern CT Bancorp and the Bank of Southern CT, where he lead the banks’ Technology Committee.
In 2005 Juan founded Sunrise Financial, as a private lending platform for real estate development entrepreneurs looking to close quickly on real estate market opportunities in New Haven County.

In 2009 Juan founded NHR Properties, a real estate management, investment and development venture. From 2010 and until 2018, Juan pursuit the redevelopment of close to 250 apartments in New Haven, 40k square foot of commercial office conversions, the acquisition and renovation of the former Marriott Residence Inn in Long Wharf, now called the New Haven Village Suites, and the conversion of office to apartments of New Haven’s first high school, a historical landmark called The Palladium building, circa 1855.

The work that Juan has done in New Haven has been featured in several news articles and has been a guest speaker with the CCIM realtor association, the Marcum Regional Real Estate Conference and was awarded the Greater New Haven Chamber Developer Investor Award in 2018.

As an immigrant of Venezuela, Juan learned early in live about the problems that wealth and income asymmetries in society can do to the health of a country.  With four kids born in the US, and seen income and wealth disparities becoming an growing issue in the US, Juan started in 2019 the creation of KNOWN as an entrepreneur support organization focused on providing work space, education, funding and access to the marketplace for minority entrepreneurs in New Haven.

Aside from his business interests, Juan is also an active participant in several boards including New Haven’s Town Green Service District, the Connecticut Lodging Association, the Greater New Haven Chamber of Commerce, Liberty Services, and Guilford Savings Bank Board of Corporators.

Juan attended Babson College in 1996, getting a business degree in Entrepreneurship and in 2001 attended Boston College where he obtained a MBA in finance.