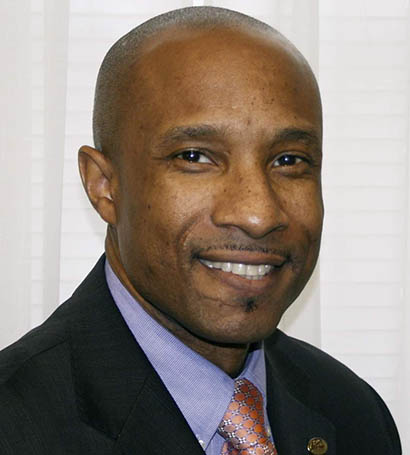 Howard K Hill
Co-Chair of the MBI
HOWARD K. HILL is the owner and operator of Howard K. Hill Funeral Services in New Haven, Hartford (Formerly Clarke Bell & Bell), and Bloomfield (Henry L. Fuqua Funeral Service). Since 2004, Howard K. Hill has led an elite team of men and women to deliver what Mr. Hill originally coined their “ARIA Brand of Excellence for unparalleled quality service.” He and his team’s charge are to “honor the deceased while healing families in our community.”
Since 2011 to the present, Howard K. Hill Funeral Services has been recognized annually by the National Funeral Directors Association (NFDA) “Pursuit of Excellence” program.  His funeral homes demonstrate annually their commitment to raising the bar on funeral service excellence by adhering to strict ethical and professional standards by providing outstanding service to families and communities. His service is exemplified by his slogan, “We’re honored to serve you.”
Mr. Hill is the first and only African American President to serve two terms leading the Connecticut Funeral Directors Association. He is also a member of the Resource Committee for the National Funeral Directors Association and serves as a legislative co-chair of the National Funeral Directors and Morticians Association.
His Uncle Faust, a successful funeral director out of New York served as his mentor. Under his tutelage, Hill mastered the ancient Afro-Egyptian Art of Embalming.
Hill strongly believes a blueprint for change in the Black and minority community is to have purposeful civic and community engagement to address the wealth gap. The goal is to impact the economics, business, education, and health and emotional, physical, and emotional well-being of Black families.
Hill created an ecosystem for Black progress to realize his vision on a deeper level. In 2009, Hill established the Prosperity Foundation (TPF) to endow and build a legacy for Black families. Since its inception, tens of thousands of dollars have been granting non-profit organizations from the Hartford, New Haven, and Fairfield Counties.
In 2014, Hill founded the Black Business Alliance of Connecticut (BBA), a 501c6 organization with a mission to launch and expand Black Businesses by providing the mechanisms (inclusive of mentor/protégé programs), for access to capital for business growth and development as well as technical assistance for Black Businesses in Hartford County and throughout the state.  He led this effort by creating a strategic partnership with the State of Connecticut’s Department of Economic and Community Development. Hill is a founding board member of the Minority Business Initiative (MBI), he is a part of the leadership that strategically focuses on financing minority businesses.
Created in 2013, Hill launched Hartford Renaissance District; a 360-degree groundbreaking revitalization plan for Urban Centers throughout Connecticut. Commencing in Hartford, this is an area rich with historical significance, the core aspects of the development include affordable housing, retail, and social services programs for the residents of the neighborhood.
Hill is the first African American Chair of the Board for the Greater New Haven Chamber of Commerce.
Mr. Hill has been bestowed numerous recognitions, community service, and leadership awards. His charitable contributions are many financially supporting organizations through his endowment fund as well as entities that prioritize raising the standard of Black Families through education with an emphasis on knowledge of self, mental, emotional, and physical health, and economic revitalization and development.
A native of Windsor, Connecticut, Mr. Hill received his Mortuary Science degree from the American Academy McAllister Institute of New York in 1991. He is a Licensed Funeral Director/Embalmer in the states of Connecticut and New York. He has earned the two top designations in the funeral industry - A Certified Pre-Arrangement Counselor (CPC) and Certified Funeral Services Practitioner (CFSP). This distinction represents funeral directors who exceed the highest standard of care.
Residing in Hamden, Mr. Hill is married to his wife Nancy, and they have three children.